As you all know, AFA is soon approaching! Are you all excited~?
With AFA approaching, a trailer has been made~

Sadly to say, MMK's competition is over for the  nendoroid =3=
the picture of the competion was

Good news is that AR is still holding the competition~

guess the amount of kitkat in Ren's hand, and you may stand a chance to win the stocking nendoroid~ hehehe
stocking looks so adorable~ *does anyone wanna adopt me home?* type of face lol~

my life for now... is  like a hurricane, cause i need to learn to juggle my studies and my hobbies too.
well i guess studies always come first after all. so i guess i cant complain much. 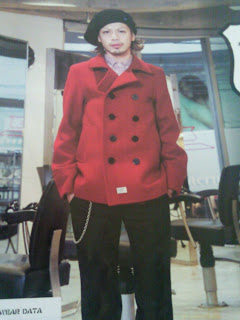 a picture which i found in a japanese fashion magazine some time back lol~
dont you think he looks a little like Tiger from Tiger and Bunny'?
Selicia totally agreed with meh~ 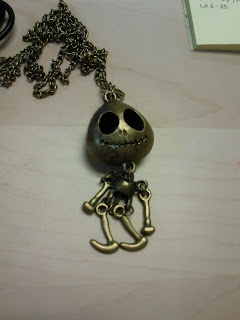 bought this necklace at a flea market at scape for around $6 to $8?
cant really remember the price, but it so so adorable~

is about a girl who is suppose to marry or be killed by demons, of course each rule is different.
if she were to marry, the demon family will gain more recognition, or if she is killed and eaten, the demons would gain tremendous powers. so this game is a little more different then hakuouki.

its more of a adventure where you either live or die, and not everyone is there to protect you. the most interesting part of this game is that there is a time limit for most of the answers that you need to choose ><

so with me being unable to read most kanji OTL
i sometimes have to guess my answers... or when i run out of time, i select the wrong answer.

it can really affect your characters attitude severely or how the other characters would treat you after...
so it is really interesting!

right now i am wating for another game 8D but not sure if i will be able to find it!!!
*people sponsor me game and presents please* /shot

Kitou  has a rude personality... seriously rude, but he treats you better once you impress him alot.
and i mean literally ALOT. his hot hot picture be up there~ muaahaha

and  Hibiki reminds me too much of Chikage =.= i swear the artist is bias against chikage lol! like literally bias, because she drew him out in Hakuouki also.
it cant be just a mere coincidence right???!!!

ahahaha or am i reading too much into it???

Promote Your Page Too